A Six-story structure would fit within the 65-foot height limit, lining the steep sidewalks but scalloped back from the corner to create an entry garden while preserving pedestrian views. The level along the street would be cloaked in granite, carved with horizontal strokes to emphasize shadows and depth. Up above would be stucco topped by a textured band of granite. Bays would emphasize the corners, stopping at the fifth floor; three “maisonettes” entered from the street would emphasize the residential scale. 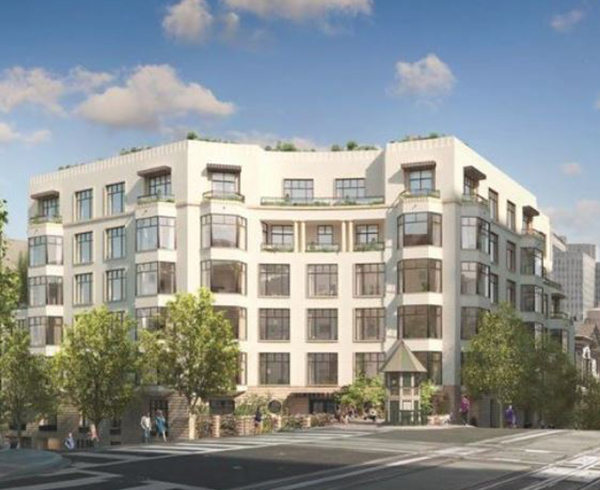 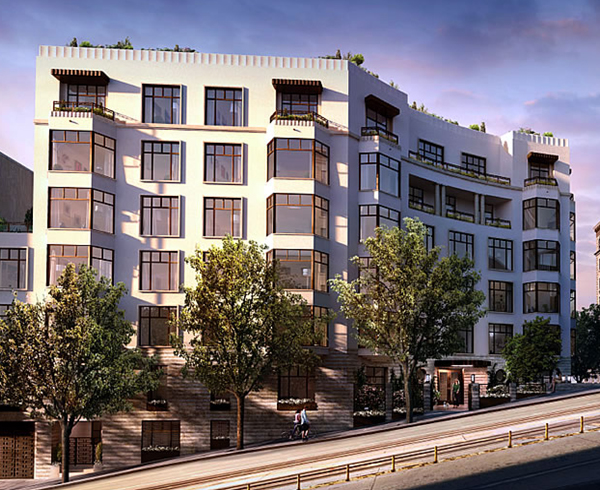